Although transport challenges delayed delivery of this book printed in Portugal it has now arrived and being distributed to retailers.

The Art of Tunisian Crochet is the last of a long line of books Pauline Turner has written on crochet since 1980, including Crochet for the Absolute Beginner – a best seller since 2003 published by Search Press

Pauline Turner was born and has lived, taught, and owned a craft/education business in Lancashire all of her life. Although crochet was the last of the 41 crafts she has taught, she is often referred to as a pioneer of crochet.

Her determination in the 1980’s to remove the ‘granny’ stigma attached to crochet, and with the background of knowledge from all her other crafts, Pauline set out to introduce crochet in many innovatory ways. Many educational establishments, publishers and craft associations clamoured for her services after she left her full-time post as a lecturer, inviting her to numerous locations ranging from Alaska to New Zealand, Russia to the North Americas, where she taught and demonstrated crochet.

Crochet Design was started in 1985 and since then she has become:

Despite her achievements Pauline loves to be involved in showing the physically impaired, the emotionally stressed, and those in need, how to crochet. Her only regret is there are insufficient hours in the day to do all she would like to do. 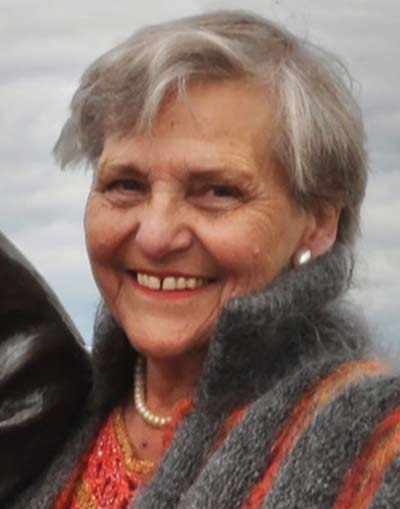 Added to our list of ways to support you and crochet, there is now a 4 one hour tutorial courses, covering Tunisian: Hairpin: Broomstick: and Aran-Style (Cable) crochet, at a combined cost of only £25. You can own a copy of this course by going to https://paulineturnerteaches.voomly.com

One recipient wrote: “Hello crochet community. I want to share the amazing learning I have had from the DVD’s by Pauline. They are so detailed and easy to follow. They drill down to essential points of technique enabling individuals to produce crochet to an excellent standard. Each technique is explained and demonstrated carefully and accurately so it is easy to repeat end reproduce all items. I would definitely recommend these to beginners and experienced crocheters. They are a great investment. Thank you Pauline ”

Interact with Crochet Design through:

We can only provide you with the answers you require, if you ask! So do contact us.
Similarly, we can only assist in removing any conflicting answers found on the internet if you tell us about them. Then we can explain WHY one method is better suited to a particular yarn, hook, or stitch.
Or you can get in touch through: 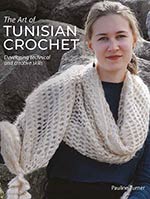 “Thank you for a great weekend workshop. From teaching skills to colour, I learned a lot both on a personal level and have a few new ideas for my own teaching in school and with crochet. It was lovely to meet the others and see crochet from their perspective. The chats and the coffee together after we finished on Saturday all added to the weekend. Getting my Certificate for Part I was a special and proud moment for me too. Once again, thank you for the wonderful weekend of interaction and reflection”